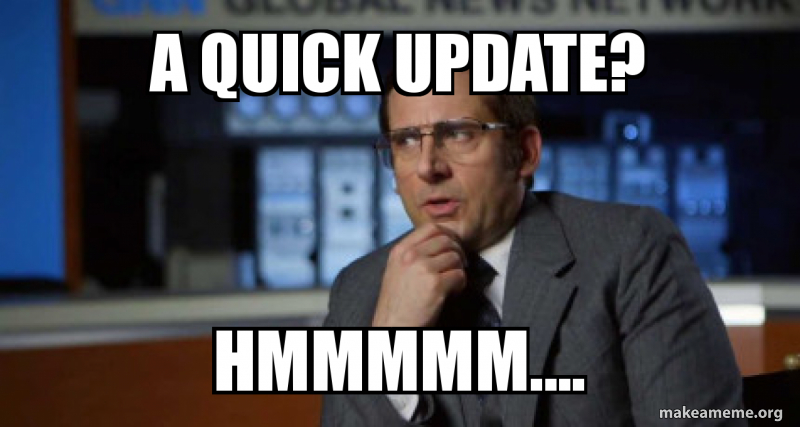 A bit of an update as I’m building the army for the 2020 ITC season. I wanted to go through my decision-making process with how I decided on the basing/ basic conversion work. I also wanted to discuss how I’ll be proceeding moving forward with the Blood Ravens army for 2020.

Learning from the Past:

One of the tendencies that I have had with working on Warhammer armies is to build and paint units individually. This was a good way to slowly build up and army from the hobby perspective, but it always left me scrambling to learn how to play the army when I finally took it out to tournaments and local events. I started to break with this tradition last year with my Custodes, bringing an incomplete army to two GTs. However, the lack of practice prior to these two events meant that I was never going to do well when it came time to roll dice. This year I’m going to attempt to fix this trend and try to score better with battle points. As a result, I’m focusing on building the entire army up front, so that I can begin practicing with the force ASAP. I’ll paint the army slowly, but getting them on the table for local events means that I get to practice.

Before building the army, I had to design a list. Thankfully a friend of mine was able to lend me his tried and tested Iron Hands list. This will give me a great starting point to work from as I move forward in the 2020 season.

With the theme of the army set as Blood Ravens, I figured that I would lean in heavily and add some features from the Dawn of War games. I added back banners to all of my sergeants (without helmets of course) just like they were featured in the Dawn of War original game. I also converted my Primarus Lt. to look like sergeant Tarkus (one of the characters of the DoW II campaign). I remembered that the Space Marines in the DoW III game had chains and other small details added onto the models. I really liked this concept and I decided to add it onto the models as well, adding chains on shoulder pads as well as on the different weapons.

In my previous armies I have completely scratch built and added a lot of detail to models to make them fit a specific aesthetic or theme. With this force, I’m straying away from that a little bit, only adding some minor conversion work and bits swaps to the infantry. I’ll be looking to do some larger conversion work though with the vehicles (extra armor, different weapons, etc…) and the Thunderfire Cannons (complete scratch builds) though. The Primarus models are extremely well designed and I just don’t see a need to do massive conversion work to match the Blood Ravens style.

I’m concerned about using 3D printed and 3rd party materials on this army. One of the things that I would like to do is to enter this army at the local GW store for the Armies on Parade. I know that in the past GW has been pretty strict concerning the use of non-GW bits. For the moment I’m thinking of just playing it safe and working on freehand/ scratch building parts myself.

I’m adding cork board to the bases, before throwing pieces of plastic card on top. For some of the bases with enough room I’m also adding in GW skulls and other pieces of debris. In the past I went a bit overboard when it came to my bases, adding in freehand and other details. With this army, I’m thinking of adding a checker-board pattern, but painted in neutral color so it won’t overpower the individual units.